The Santarena Hotel was the subject of two articles in quick succession from the NY Post and Forbes MX/Forbes Centroamerica. It’s always a good thing to see people around the world talking about businesses, people, and life in Las Catalinas, and each of these articles featured Santarena in a different regard.

The first article was posted on Forbes MX and Forbes Centroamerica’s online publications, and takes a comprehensive look at the Santarena Hotel. After introducing readers to the town of Las Catalinas, the article then took some time to cover the design and interior design of the hotel, some activities available for guests, and the dining available at the Santarena.

The second article, from the NY Post’s “Fall-ing prices” section on autumn travel deals, focused on the Santarena Hotel’s new “To The Stars” package.

Santarena Covered in Both Forbes Centroamerica and Forbes Mexico

Pleased to share that both Forbes Mexico and Forbes Centroamerica have covered the Santarena Hotel in their online edition.

The articles are titled “Santarena, The New Luxury Refuge in Costa Rica”, and take a look at a few different aspects of the hotel.

First, the article gives a brief introduction to Las Catalinas and the inspirations for the Santarena Hotel leading up to its 2019 opening. From there, it looks at Santarena’s beauty, touching on the casually elegant and stylish design as well as the rich natural landscape that surrounds the hotel.

The article follows up exploring the hotel’s culinary options, touching on Cuatro Calle La Ronda and the atrium before listing Ponciana as the “star for dinner”.

To wrap up, the article takes a look at Santarena’s affiliation with Preferred Hotels & Resorts, a group of over 700 unique member hotels, resorts, and hotel groups in 85 countries dedicated to providing unique experiences to travelers. The Santarena Hotel is currently Preferred’s only property in Costa Rica, and the leading edge of this perspective on travel in the country.

You can read the article online here. 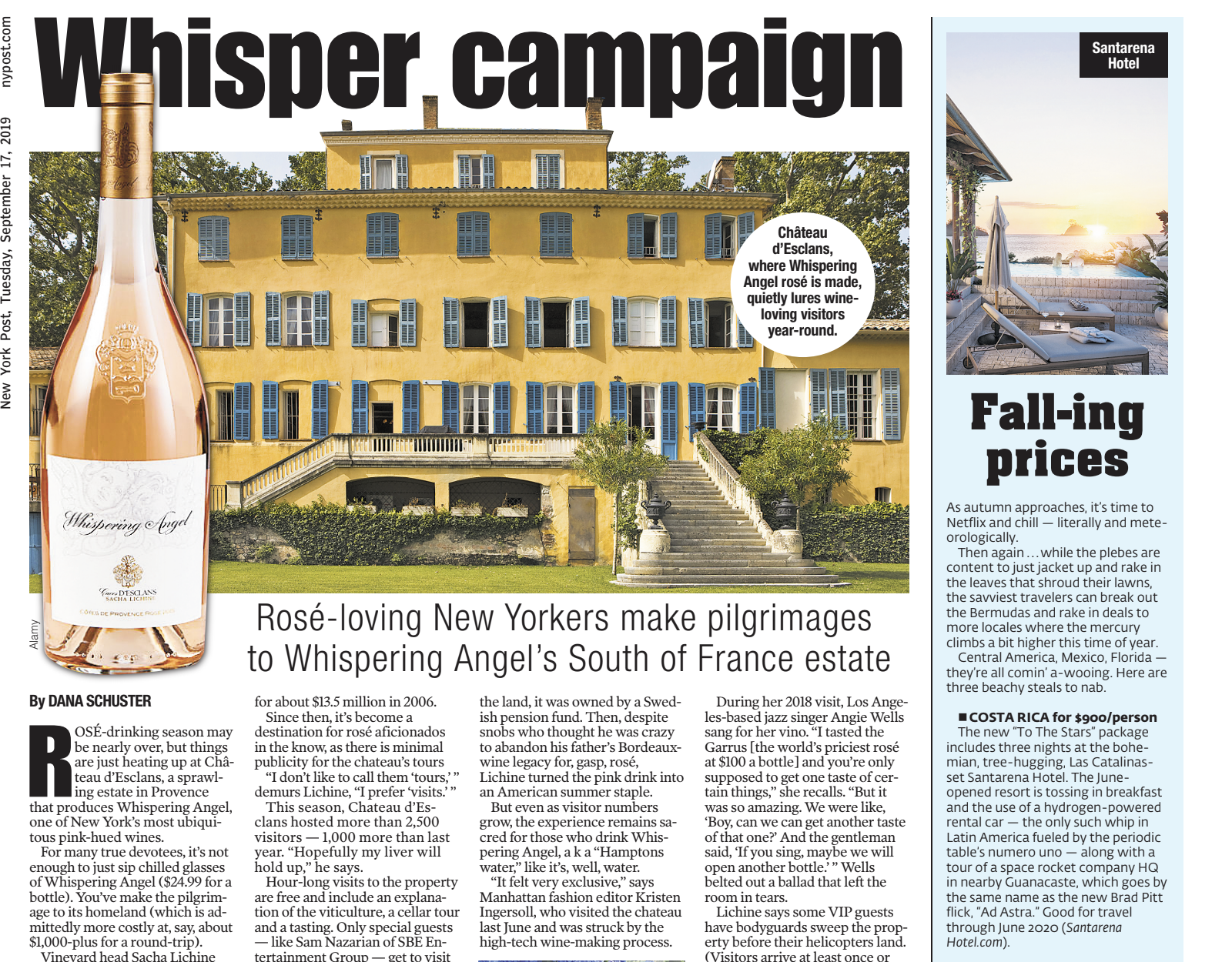 Also happy to share that the print version of the New York Post featured Santarena Hotel’s new “To The Stars” package as part of their recommended fall deals on vacation destinations.

Brad Pitt's film Ad Astra launched on Sept 20th. That phrase literally means "to the stars" and is also the name of a rocket company with headquarters in Houston and Guanacaste, Costa Rica.

In addition to their work with space travel, Ad Astra Rocket Company’s Costa Rica division, Ad Astra Servicios Energéticos y Ambientales, also works on sustainable energy and transport. After starting with wind turbines and solar arrays, they turned their focus to hydrogen storage of energy, and developed the infrastructure needed for the only hydrogen car in Latin America.

Las Catalinas and Santarena Hotel have a special relationship with Ad Astra as the first official home for the Toyota Mirai in Costa Rica, and have launched this new package to celebrate the value of exploration, progress, and science in humanity’s future.

This "To the Stars" offer is available for new bookings for stays at Santarena through June 2020 and includes three nights accommodations, breakfast daily, one full day rental of the Toyota Mirai, and a VIP tour with Ad Astra in Guanacaste.