The Season of Giving in Guanacaste

December is a naturally festive season in many parts of the world, with a number of holidays from many cultures taking place towards the year’s end. This time of year is also traditionally known as a season of giving, and an opportunity to make meaningful contributions to those in the community.

In the words of town architect Juan Carlos Avelar, “To us, Pura Vida means enjoying nature and giving the best of ourselves to others.” As the festive season gets into swing, there are a number of ways to give back and make a real difference in Guanacaste, through organizations that are active throughout the year in contributing to the surrounding community.

Making a Difference with Abriendo Mentes

Abriendo Mentes is a longtime partner of Las Catalinas, an educational and community organization that has recently celebrated their 10th anniversary in Potrero and Brasilito. After starting as an English tutoring program in 2009 with few supplies and just two students, Abriendo Mentes has grown into a major contributor to the community. 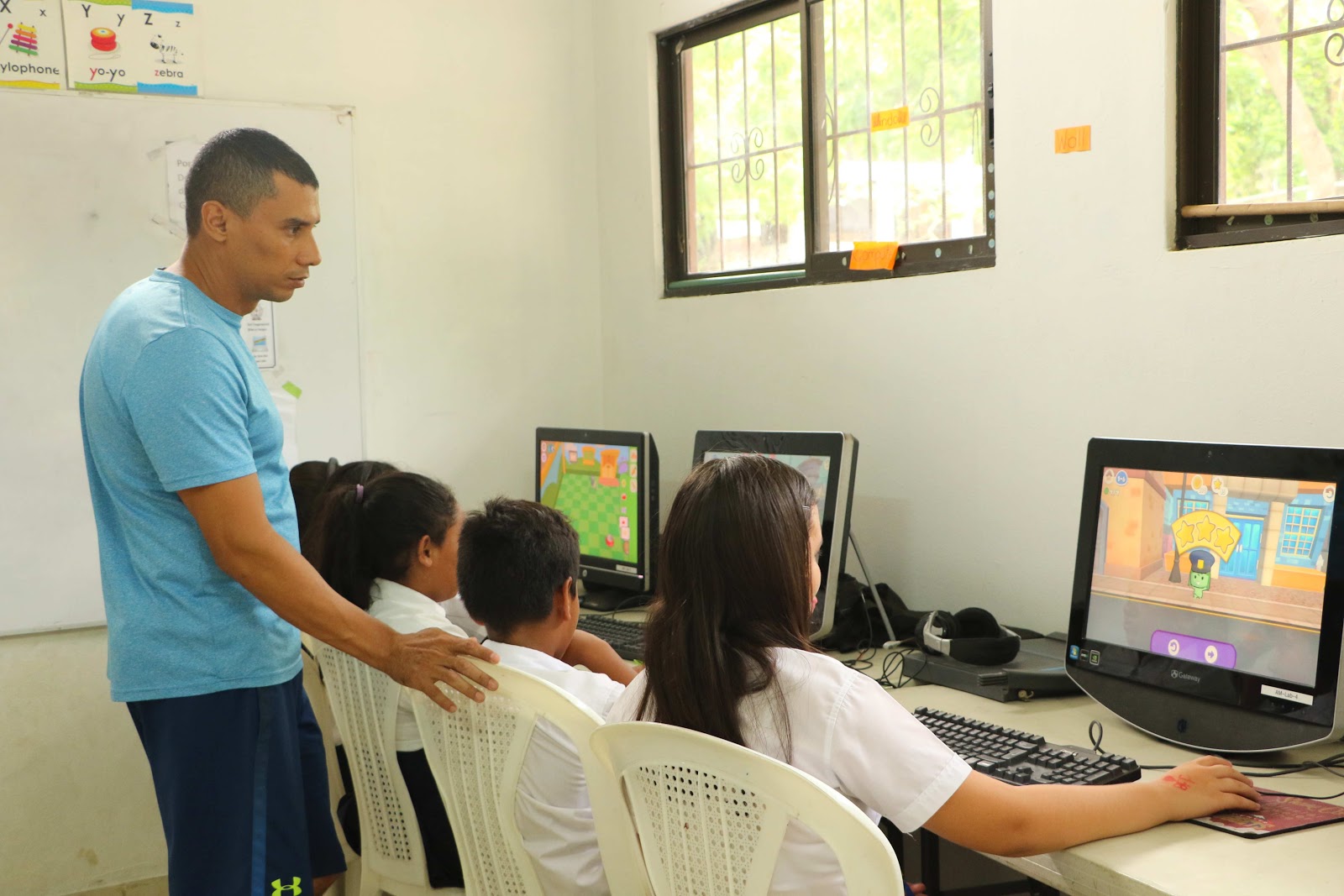 Their projects include initiatives to provide school supplies to students, support teachers of English and Computer programming, contribute to classroom space for youth, adults, and women’s programming, bring the community together around events like open-registration zumba classes, and more, with new programs constantly tested and in development.

During the holiday season, Abriendo Mentes is co-hosting two initiatives, each supporting a different community. A Brasilito Christmas is an event centered around collecting donations for and raising money to buy supplies to make food and gift baskets for 30 families in Brasilito. Partnering with The Village centro comercial, Abriendo Mentes will distribute baskets around the 15th of December. 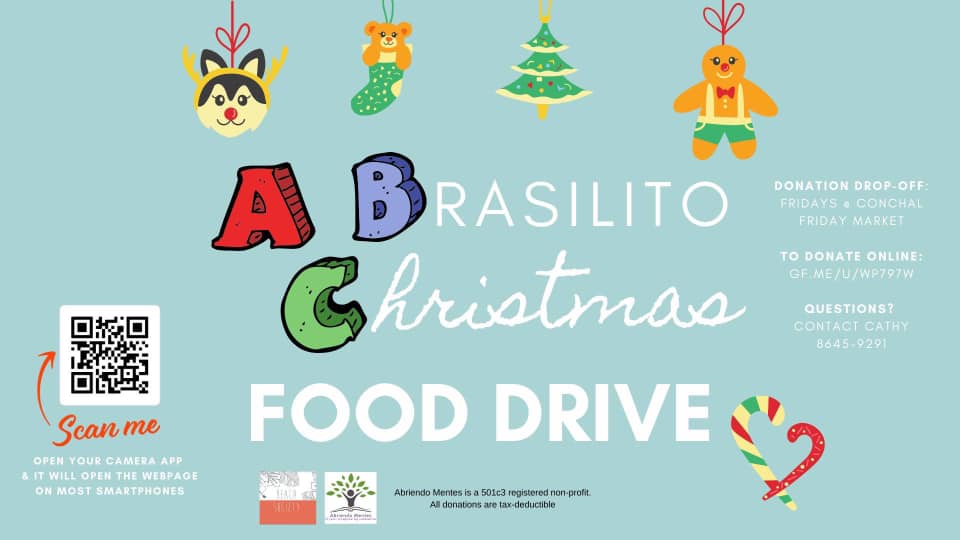 "A Brasilito Christmas", a christmas drive for families around Brasilito | PC: Abriendo Mentes

A second initiative, sponsored in part by Potrero Grill Restaurant, has a similar goal, and will be giving back to Potrero families at a Christmas party at the restaurant on December 23rd.

The organization is always open to new volunteers, either for one-time visits or longer programs, who want to tutor, mentor students, or host special programs. Abriendo Mentes finds it especially helpful when individuals or families have a specific project or activity in mind that they could do with kids and/or adults in the community. For example, an art class or project for women or children, games or activities they could host during Abriendo Mentes’s “Fun Friday” activities in Potrero or Brasilito. 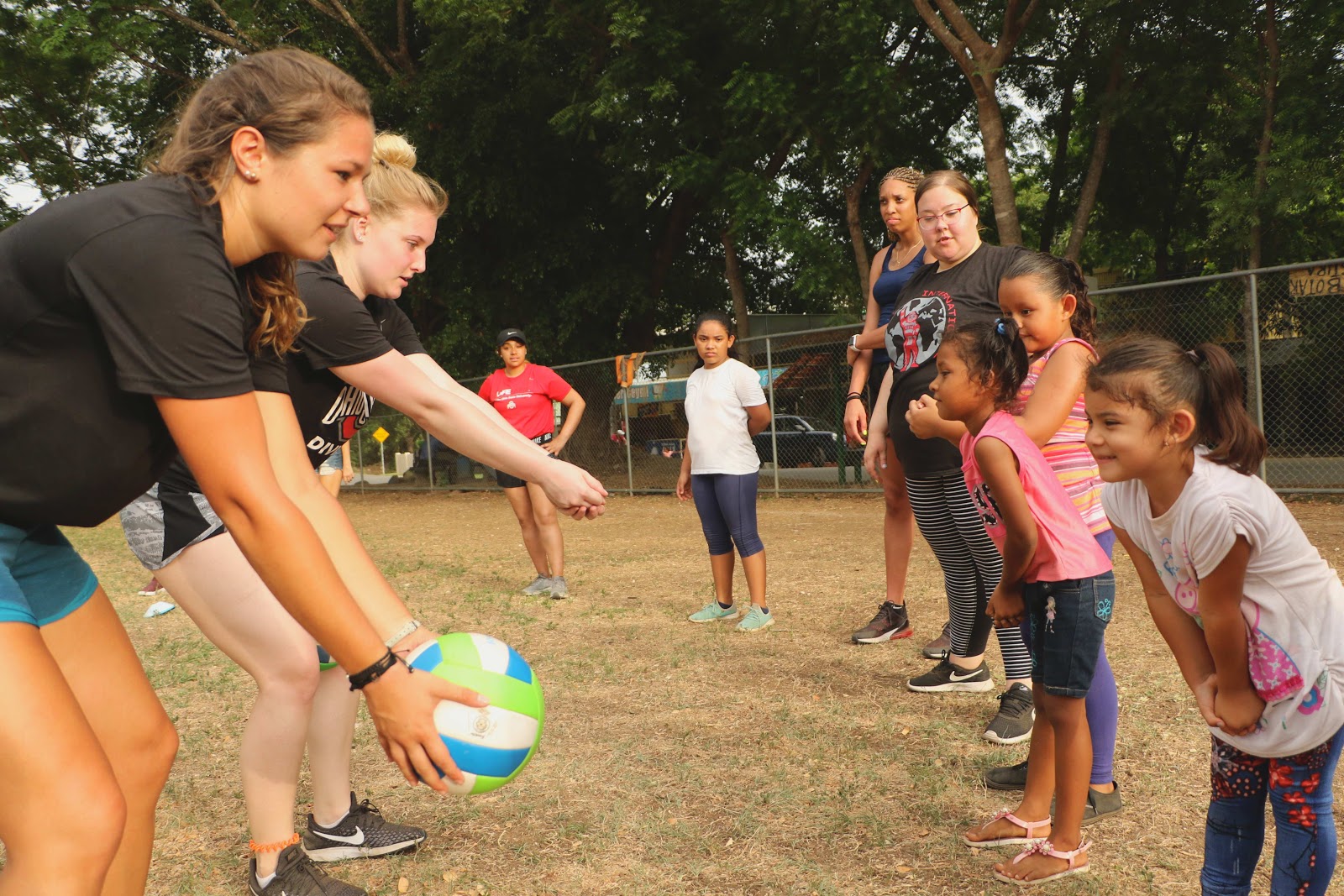 The Las Catalinas Collection and the Santarena Hotel also have a program with Abriendo Mentes where visitors can bring backpacks with school supplies, or an equivalent contribution, to donate to students in local schools. This partnership, alongside other programs like Kind Traveler, is a tangible way to give back to the community when you travel.

Giving Back Through CEPIA’s Christmas Program

CEPIA is a Guanacaste-based non-profit organization that also provides educational and social programs for students and families in the area, with programs ranging from student enrichment to career development to daycare and social services.

As a constant presence throughout the community, CEPIA always welcomes contributions to help fund its many programs, and during the festive season has a special Christmas campaign for the students and children of Guanacaste.

Costa Rica is far from where evergreens pine trees grow, so CEPIA constructs driftwood Christmas trees and distributes them to local businesses and partners around Guanacaste. On each tree, instead of ornaments, are little “letters to Santa” from kids in the area, who put their Christmas wishes on the trees. Anyone who chooses to do so can select a specific gift from a student and provide it to a CEPIA drop off point, or make a flat contribution on the card to CEPIA, who collect all gifts for delivery at the CEPIA Christmas party on December 17th.

For those looking contribute, this gift-giving is a chance to provide some holiday cheer directly to children in the area.

Other Ways to Contribute Now and Throughout the Year

Abriendo Mentes and CEPIA are two ways to contribute directly to students and families in Guanacaste, both during this season and throughout the year. For a broader-scale contribution to the community of Guanacaste as a whole, another option is the Guanacaste Community Fund (GCF). 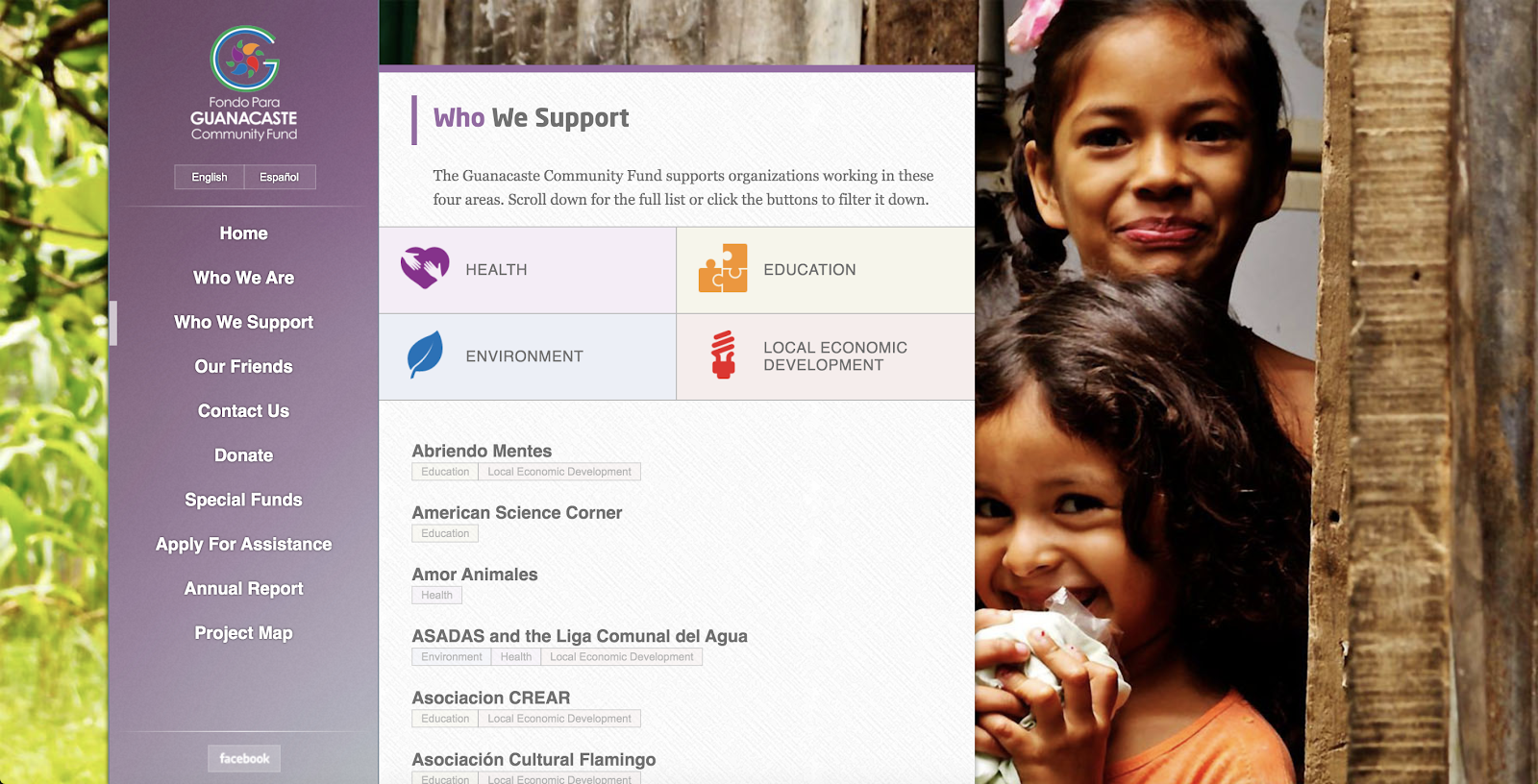 The GCF serves as a liaison between donors and organizations in need of funding. In their partnerships, they contribute to nearly 50 organizations across Guanacaste in the areas of Health, Education, Environment, and Economic Development, including both Abriendo Mentes and CEPIA, as well as groups like Restoring Our Watershed, local cultural and economic associations, water preservation groups like ASADAS, conservation groups like La Guardiana de la Naturaleza, Wildfire Brigades, and more. The full list of GCF’s partner organizations can be found on their website.

Giving Back this Season

There are always ways to give back in Guanacaste, whether that’s through the Guanacaste Community Fund or one of their many partners in the region.

This time of year especially, Abriendo Mentes and CEPIA both present opportunities to share some Christmas cheer directly with the families and kids in Guanacaste. To learn more about how to participate in the season of giving, you can reach out to concierge.