The Birds of Las Catalinas

We are getting to the best time of year for bird-watching at Las Catalinas.  Many of the trees have now lost their leaves for some portion of the dry season, which makes birds much easier to spot. We do have an astounding variety of beautiful birds!

Rich Hoeg, a birder and wildlife photographer based in Duluth Minnesota, visited Las Catalinas in April of last year and produced a marvelous book (and web page), The Birds of Las Catalinas.  Follow the link and you can see great photos of many of the birds at Las Catalinas.  Rich has also generously made a PDF of the entire book available for download from his site.

Below are some of the birds which I notice most often or most notably at Las Catalinas.  Thanks to Rich Hoeg for granting permission to use these great images, all taken at Las Catalinas!  And don't forget to visit his site to see many more. 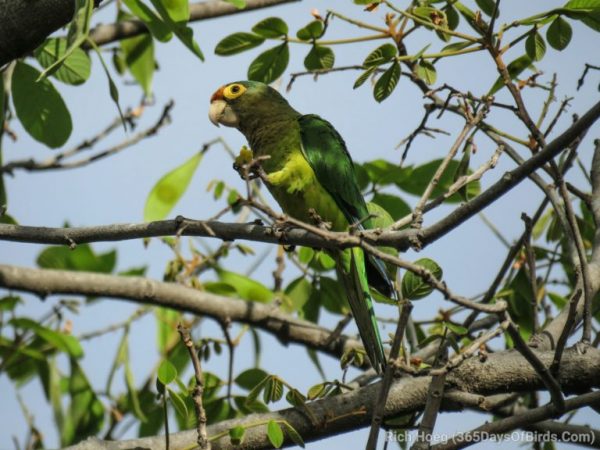 The Orange-fronted Parakeet is often seen in large flocks zooming about in the trees in front of Paseo del Mar.  They make quite a racket!  It seems to me they are nearly always present for sunset.  These birds used to be seen only occasionally at Las Catalinas, but for some wonderful reason they are much more common now.  They are super easy to spot because they are so noisy! 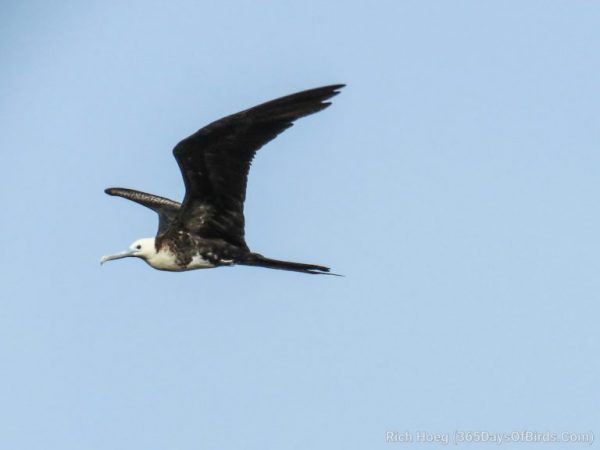 The Magnificent Frigatebird is nearly always visible at Las Catalinas if you just look up.  They are up there, cruising the thermals, rarely flapping a wing.  They are big birds.  To me they look like pterodactyls with their distinctive wing shape.  They also nest in great quantities on the Islas Pitahayas, just offshore from Las Catalinas, though I don't believe they breed there.  These birds are ocean birds, but they never land on the water.  They either scoop up food from the surface, or they chase other birds and make them regurgitate, then the frigates catch that food before it hits the water.  Talk about a tough way to make a living! 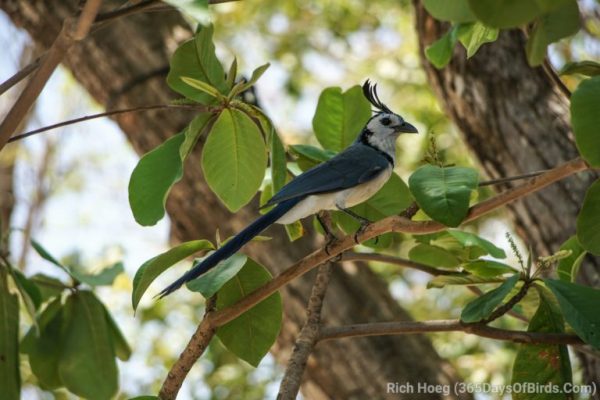 The White-throated Magpie Jay is very common at Las Catalinas and at other places nearby.  It is a large good-looking bird, and the large plume on top of it's head makes it easy to recognize.  But to me the most distinctive thing about this bird is ... it will steal your food!  Restaurants all over our area have had to figure out alternatives to normal sugar packets to go with coffee, because these guys certainly know what is inside, and they want it!  I have seen them take french fries off of the plates of people who are sitting right there at the table.  They are aggressive and fearless! 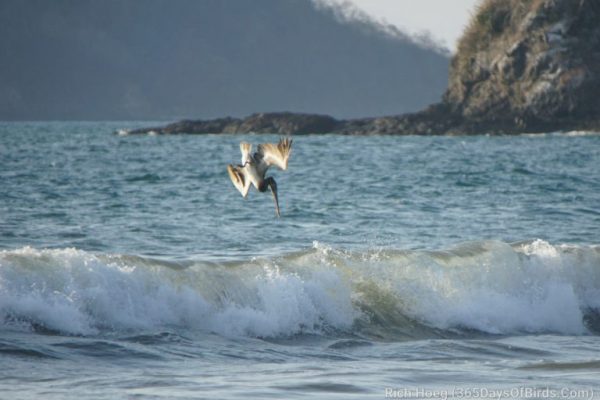 Last but not least, the Brown Pelican.  These guys are frequently found nesting on the Islas Pitahayas just offshore, which they seem to share peacefully with the Magnificent Frigatebirds.  When we have schools of small fish in the bay at Las Catalinas you will find dozens of them fishing or just sitting on the water just offshore.  When the wind comes up during dry season I think they enjoy the shelter from the wind that our bay provides.  I love watching Pelicans skimming just above the surface of the water.  They do this to take advantage of the "ground effect", which makes flying easier.  They also ride the small updrafts created by waves, surfing the waves really, which is so cool to watch and makes the pelicans my favorite bird of all.

Do visit The Birds of Las Catalinas to see many more of the wonderful birds the live around our town.