The Archaeology of Las Catalinas | Testing the Hardscape in Costa Rica

In the early years of Las Catalinas, there were countless decisions to be made regarding the way town would be built. The new town would use new strategies of urban development and construction, strategies that would draw from existing knowledge of building in Costa Rica but introduce some other techniques from around the world.

One such decision that had to be made was regarding the materials used for paving and construction in Las Catalinas. There were a number of different factors that went into the selection. Materials had to be accessible, relatively easy to build with, walkable in bare feet and bikeable, resistant to erosion, adaptable to different neighborhood and design schemes, and versatile enough to be both formal and informal depending on the occasion and location.

Out in the forests beyond town, each of the initial run of possible materials were poured, placed, or constructed into a single cross section, which was then left for months. This test of each material in untouched tropical forest, an environment that is very hostile to building materials, served as a test of their durability and aging.

The results of the test have led to the materials that comprise much of the hardscape in town today.

The Materials Used in this Test 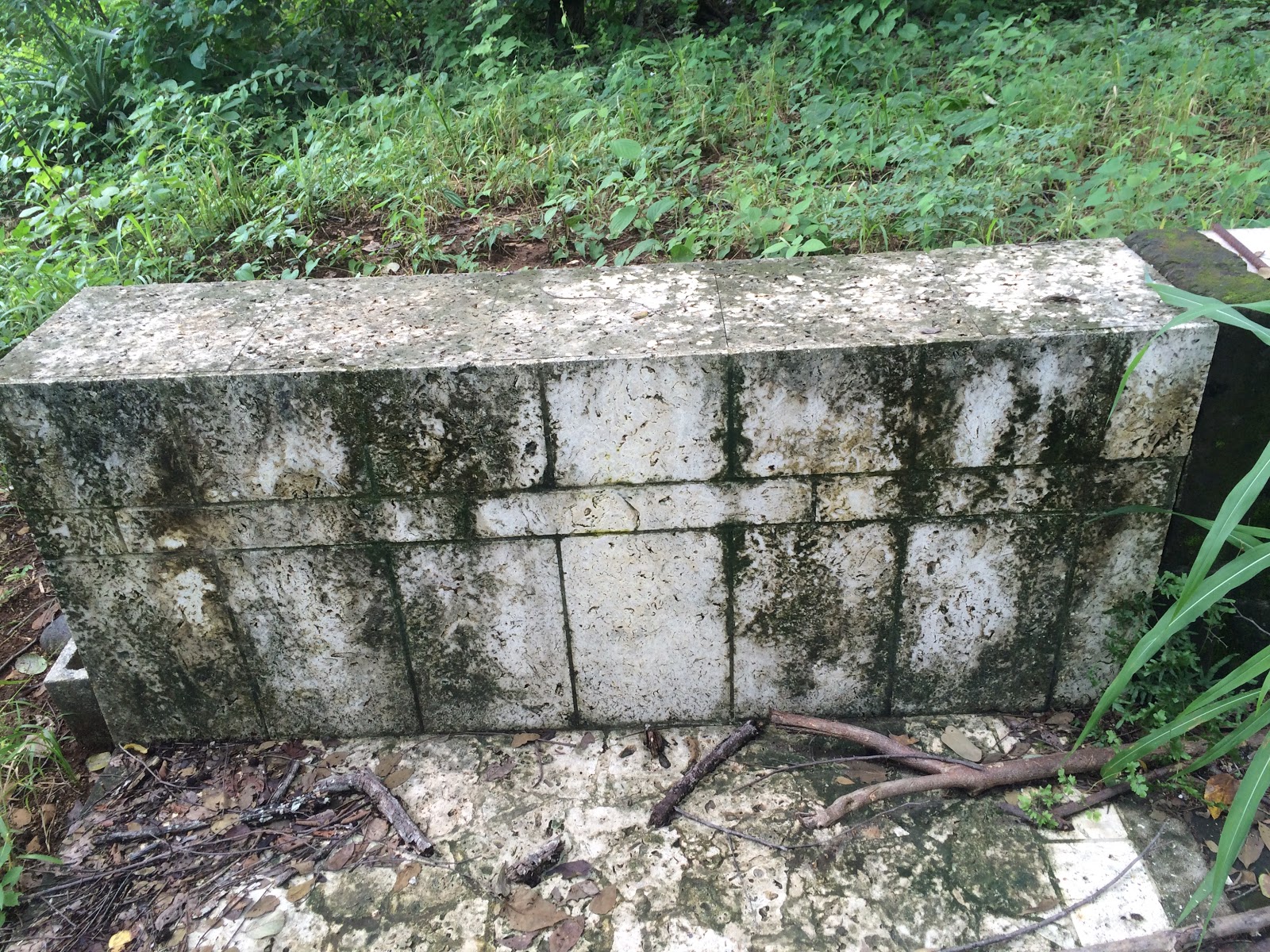 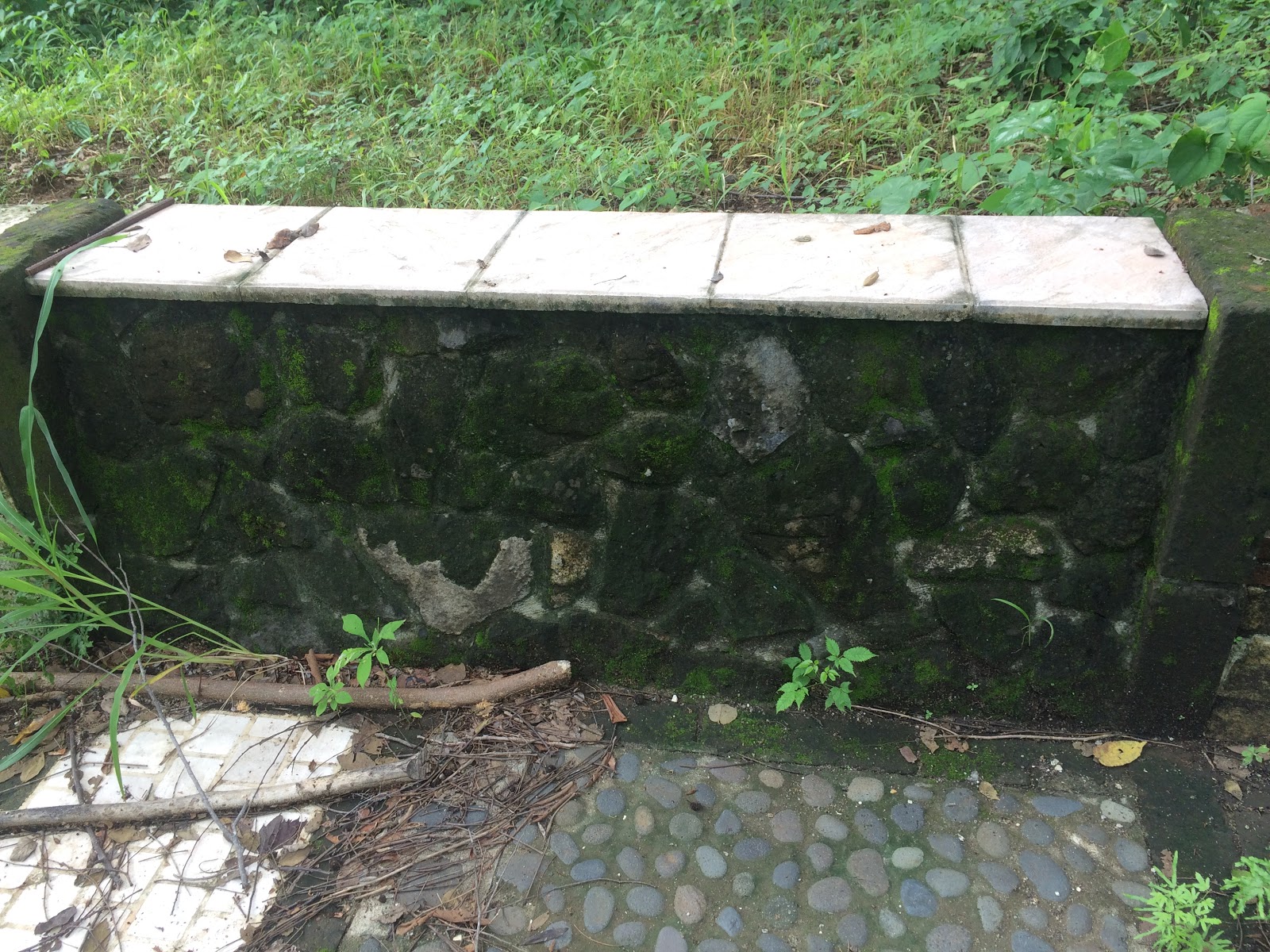 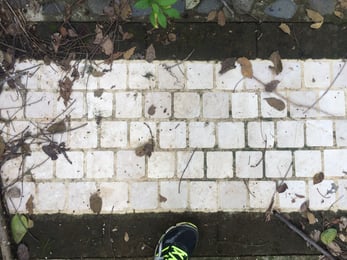 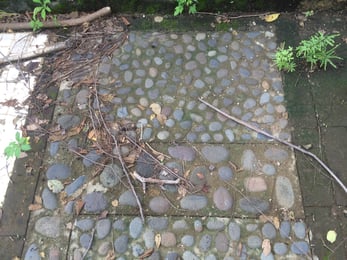 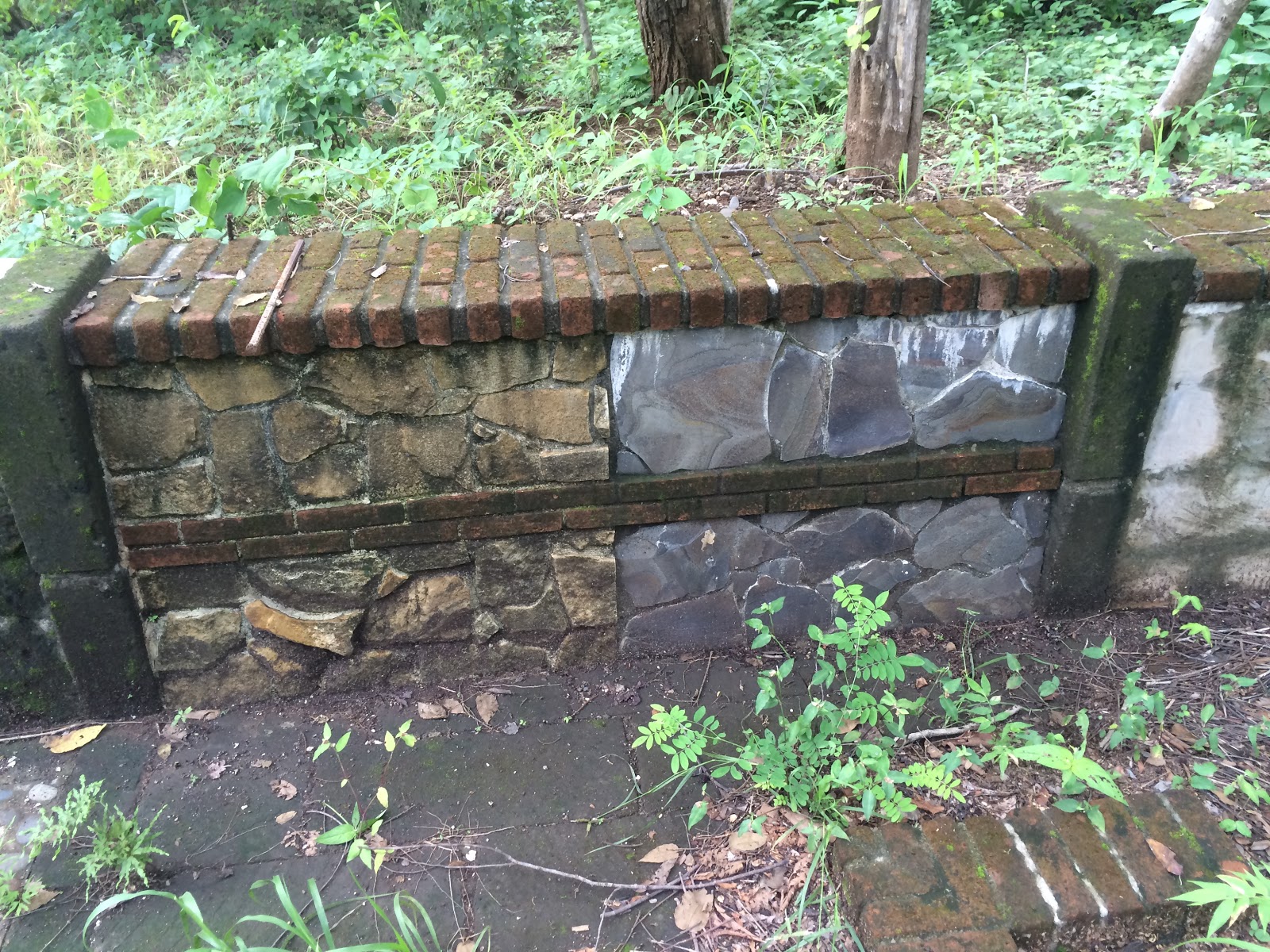 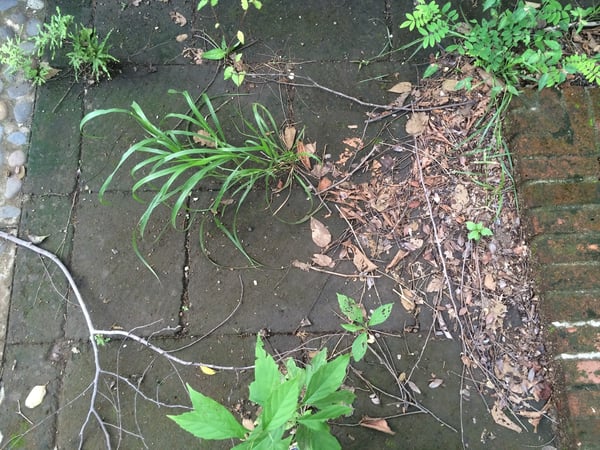 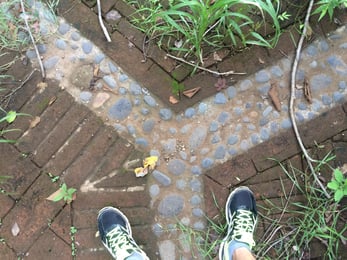 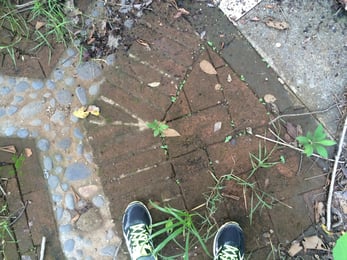 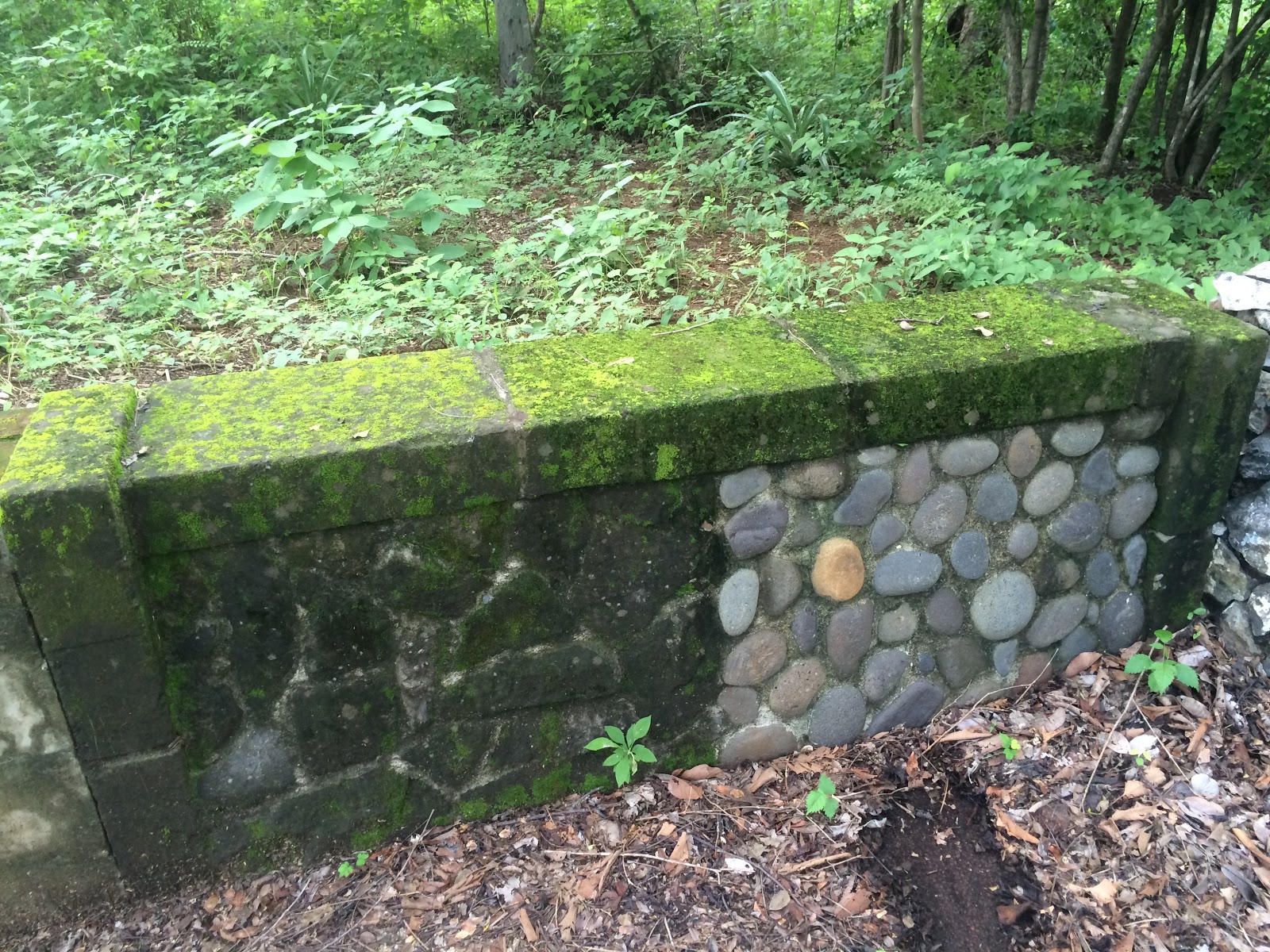 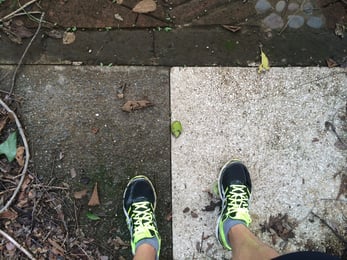 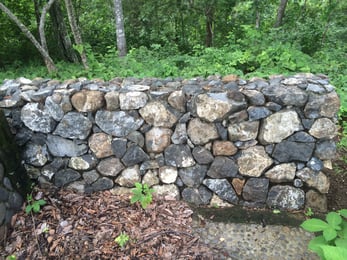 Seeing These Materials Throughout Town

Out of the materials tested at this site, the paving materials that were fit to the public areas of town were Cantera, Nicaraguan brick, Guanacaste stone, river stone pebbles and concrete. The rest either did not perform well enough for large scale use, or were not readily available to be transported.

You can see each of them in town in different capacities. Cantera forms the basis for many of town’s streets, like Calle La Ronda. Nicaraguan brick is prominently featured outside as both a paver, as well as a cap, like around Limonada. Guanacaste stone exists in town capped by both brick and cantera, each of which provides a different aesthetic.

River stone pebbles is often used in drainage areas thanks to how easily water passes over it. Concrete is the building material for the homes in Las Catalinas, and is found in scattered places elsewhere. 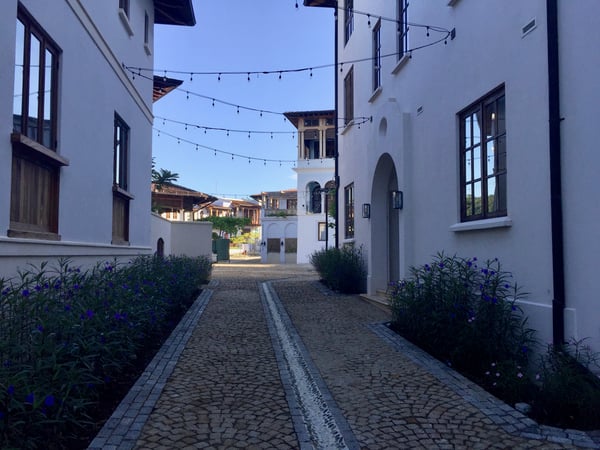 River Pebbles form the gutter of Calle Cartagena, which also has a new cobblestone

Some of the materials that weren’t used in town’s urban paving plan were re-used in homes or shops around Las Catalinas, like the keystone paving in the Beach Club. Within homes and other buildings, these different materials offer different aesthetics, respond well to lighter workloads, and are often more sheltered from the elements. There are also materials that were added to town later, like the cobblestone around Santarena and on Calle Cartagena.

Each adds a different aesthetic and texture to the hardscape around town, while maintaining the walkability and bikeability characteristic of the streets in Las Catalinas. You can find each one as you’re walking around town.