Looking Ahead To The Las Catalinas TRI with Jessica Jacobs


Yesterday we sat down with Jessica Jacobs, 4x IronMan Champion, Triathlon coach extraordinaire, and one of the current leaders of this week’s RaceQuest training camp. The subject largely covered how to make preparations before a big race. While we were there, we also took some time to ask about her love for Triathlons and why they fill her with joy. It all served as a nice preview as look ahead to the Las Catalinas TRI.

Where It All Started

The answer for both trace their route all of the way back to when Jacobs was just a kid. She had a pair of outstanding running coaches in high school, she tells us. Though their coaching styles were very different, what really struck her about both coaches was their passion for the sport of running and how they shared that with everyone they trained.

“I like to be able to share that passion and impart a little bit of that love into the people that I’m teaching,” she says. After years of racing, training, experience, and study, Jacobs believes that it’s valuable to pay it forward. This is an experience that she feels is very rewarding.

“I really love getting to see someone improve,” she says. “Being able to pick out one thing about their technique and hone in on it, and then all of a sudden they go ‘oh gosh, that’s it!’”

It’s satisfying, Jacobs says, to see those slight changes take hold as students leap back into the sport with a renewed vigor.

“Triathlons are a bit like being a kid,” says Jacobs with a smile. “You know, when you’re young you get kicked out of the house and everyone says ‘go out and run around, go ride your bike, go learn to swim’, and that’s exactly what you do in a triathlon.”

That childish love for adventure is one of the main things Jacobs attributes to the love for triathlon that she and so many around the world share. Growing up brings with it responsibilities and obligations, as well as the slow erosion of free time. The freedom to get out into the world and explore becomes limited. But with triathlons, that freedom is back again.

There’s another reason to love the sport, Jacobs says. That is its ageless nature.

“In so many other sports you can’t continue to play and compete and grow in once you leave school, or once you don’t have a team anymore,” she explains. “But in a triathlon you can constantly adapt and grow and learn no matter what age you are.”

Throw in the worldwide community of triathletes, one with room for extra-social extroverts and hyper-focused introverts, and you’ve got a mixture for a lifelong passion. 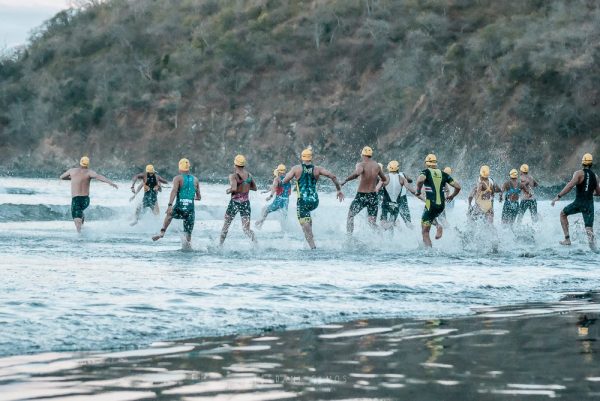 “And even better, there’s never a race that’s ever the same,” Jacobs continues. Her eyes light up as if recalling races past. “Even at the same course, at the exact same course, every experience is totally different. You learn patience and perseverance. You learn to adapt to what nature is going to throw at you. There’s always a new challenge.”

“And,” she says with a laugh, “if you can manage to find yourself in a place like Las Catalinas, that’s a pretty nice plus.” We couldn't agree more!

Jacobs and RaceQuest will be in town for the triathlon and beyond, enjoying what some members of the organization have called a ‘training paradise’. And who knows, maybe the next generation of super triathletes will be local Las Catalinian kids who will have an opportunity to show their stuff during the Kids Run tomorrow afternoon. 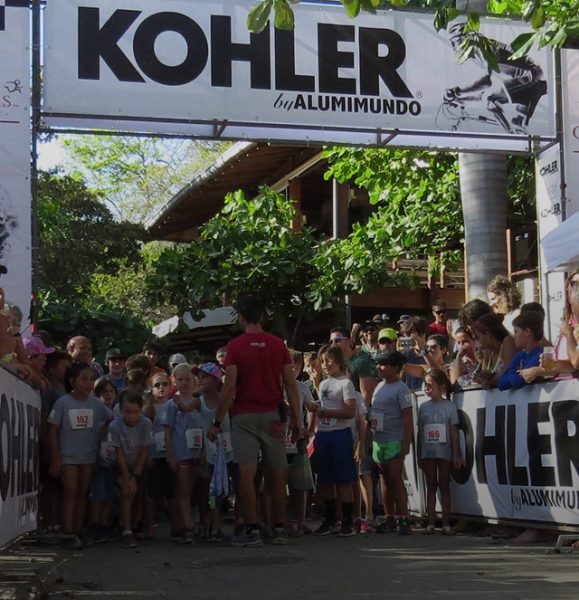 In the meantime, you’ll see Jacobs and some of the members of the RaceQuest team bright and early tomorrow morning, as they tackle the Las Catalinas TRI at the 6am kickoff.

Sitting in the heart of one of the world’s premier surfing regions, Las Catalinas provides a surf basecamp with access to many of the area’s breaks. From the legendary Witch’s Rock to the shores of ...

Work is in progress on some new mountain biking trails through the nature reserve, which aim to unlock a new part of the forests of Las Catalinas. Tackling the southern highlands, these trails will ...