Just How Slow Are Sloths?

Today is International Sloth Day, the worldwide holiday to celebrate these peaceful, slow-moving creatures. Sloths, or perezosos, are one of Costa Rica’s most iconic animals known for their friendly faces, which often have the appearance of welcoming smiles, and their tremendously slow way of life, which can even lead to moss growing on their backs.

How Slow Are Sloths Exactly?

To get a true sense for how slow sloths are, there are a few good benchmarks in town. Starting from the Beach Club, the walk down to the beach at Limonada along Paseo del Mar is a total of about 1000 feet, depending on the route. There are plentiful trees along the way, so the sloth could make good time swinging from branch to branch, or enjoy a slower stroll along the walkable street. 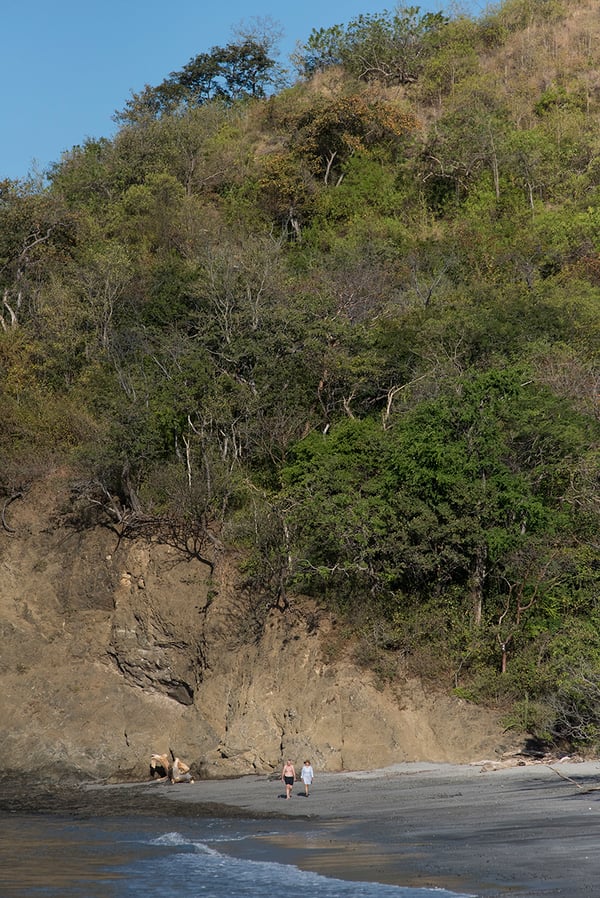 Out on the hiking trails, plentiful access to trees means that a sloth would make good time at its top speed of 16 feet per minute. Starting from Pura Vida ride and heading along the trail to Dantita beach, a longer trek of about 900 meters or 3000 feet, would actually take about the same time for the sloth, about 200 minutes. If the sloth traveled straight through the trees, the distance would cut in half to about 450m, making the beach-to-beach trek a far more reasonable 100 minute trip, just under two hours. 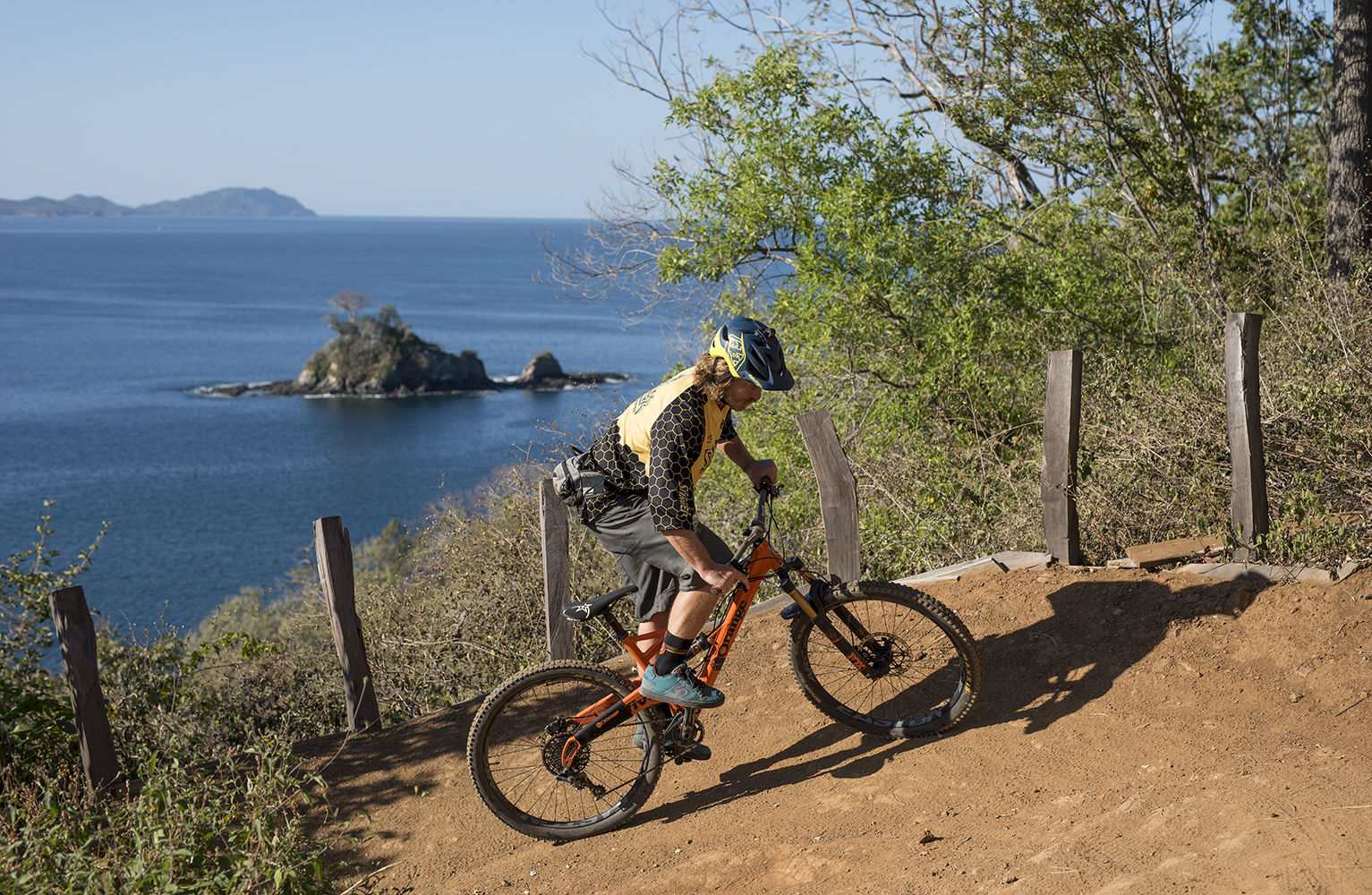 Continuing on the trails, the sloth’s lack of opposable thumbs and slow reactions would make riding a mountain bike difficult. Even maintaining its treetop speed, the sloth would be in for a very slow Reto route. Currently, the fastest circuit on the Reto clocks in at 55 minutes and 19 seconds, a score posted by longtime friend of town Luis Diego Chaverri Madden (known to many as “Luigi”). Even at top speed in the trees, a sloth would post a slightly slower time. Assuming an active sloth (6 hours of movement per day), and the 18km Reto route would yield the final results.

Thanks to long arms and considerable upper body strength, a sloth might presumably find some success hand-paddling on in the 9th Annual Pura Vida Ride Paddle Battle. Offering a generous assumption of the same top speed as in the trees due to similarity of movements, the 5km recreativo race would be far more doable.

Sloth Paddle Battle Time: 16 hours, doable in one day by an ambitious sloth

Town’s longest race is the TRI Las Catalinas, which covers a 1600m swim, a 25km bike, and an 8km run, which would pose quite the challenge to a sloth. However, one area that they would excel in is the swim. Sloths have been clocked at up to 45 feet per minute while in the water and can hold their breath for almost 45 minutes. It’s said a triathlon is never won in the swim, but it can be lost, and after the aquatic portion, a sloth might still be firmly in competition. However, the bike is the breaking point again.

The mountain bike seems to be where the sloth loses the most time. But how much time? Some friends of town are currently training to take on La Ruta de Conquistadores, a race tracing 226km from Pacific to Atlantic coast. For human riders, the race is a grueling three day trek with thousands of feet of elevation gain. For a sloth, the journey would take far longer. 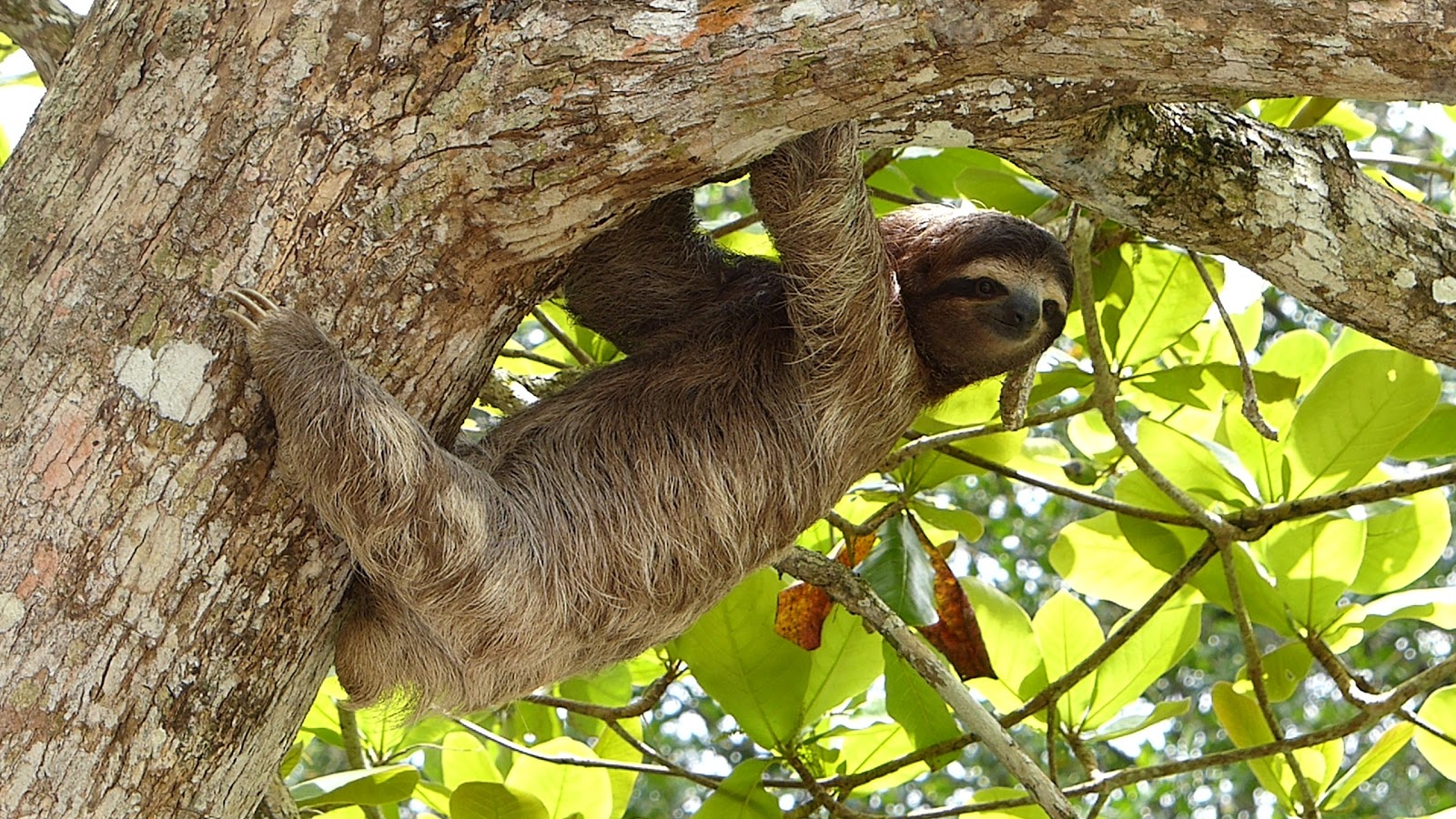 A Three-Toed Sloth Spotted in the Trees

See Sloths in their Natural Habitat

It’s quite clear why the sloth’s day consists primarily of sleeping and foraging for easy-to-find foliage, and not racing mountain bikes. These naturally slow creatures can be found throughout many of Costa Rica’s national parks, where they live a peaceful life free of any natural predators.

The nearest place to see sloths is in Tenorio Volcano National park, which is within a two hour drive of Las Catalinas. To learn more about where to spot these creatures, and organize a trip and a guide to their natural habitats, reach out to concierge.

A Mother and Baby Sloth

Sitting in the heart of one of the world’s premier surfing regions, Las Catalinas provides a surf basecamp with access to many of the area’s breaks. From the legendary Witch’s Rock to the shores of Playa Grande, from the all-play shores of Avellanas to the nearby beaches of Flamingo, and even from ...