An Introduction to the Seven Provinces of Costa Rica

Costa Rica is constitutionally divided into 7 provinces, which are further divided into 82 cantons, and those into 473 districts. 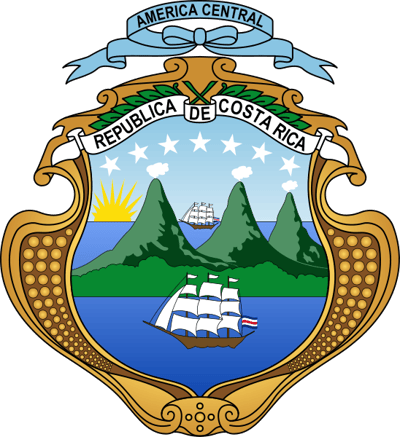 The Coat of Arms of Costa Rica, where each star represents a province | PC: Commons

For example, Las Catalinas is in the Tempate district of the canton of Santa Cruz, all within the province of Guanacaste, which leads its official address:

Looking at the largest division, the provinces, each of the seven has their own identity, such that the food, traditions, and way of life are slightly different everywhere you go.

The Seven Provinces of Costa Rica 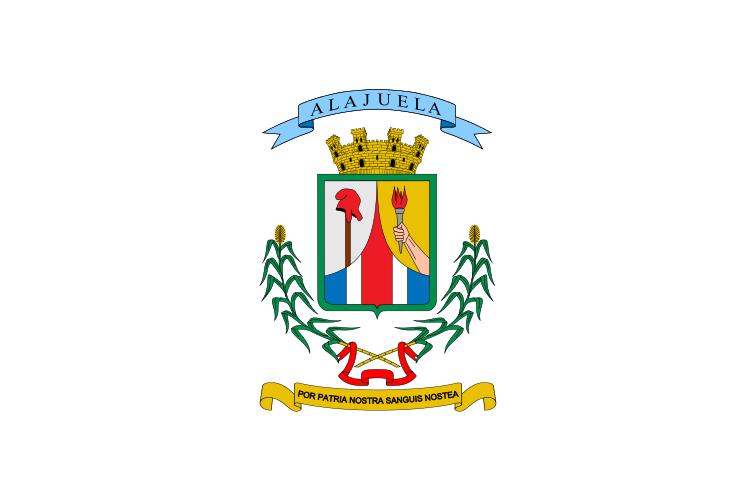 The Flag of Alajuela | PC Commons 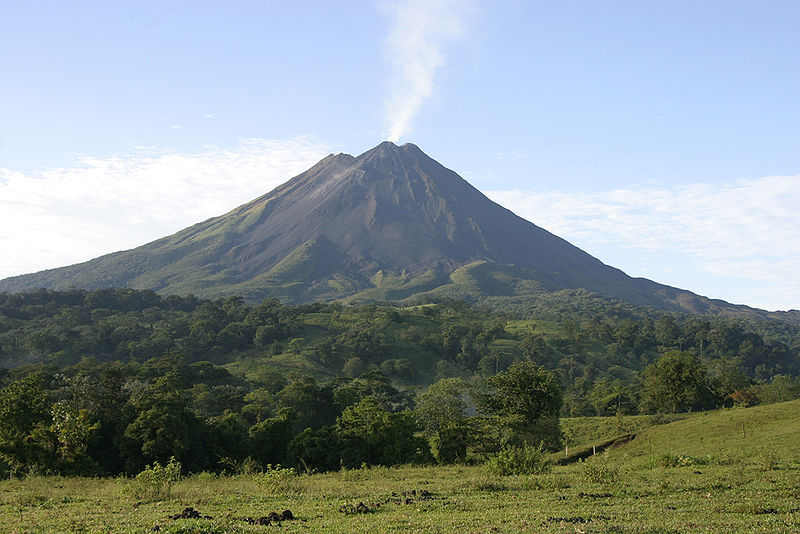 At a Glance: Alajuela occupies the north-central section of Costa Rica. With a landscape that includes 7 active or dormant volcanos, Alajuela has a very diverse ecosystem with regional variations of cloud forest, lowland forest, and rainforest.

The capital of Alajuela is the town of Alajuela, and as a whole this part of the country is particularly well known for its farming, ecotourism, and as a growing center for industry. It’s also the location of the San José International Airport. 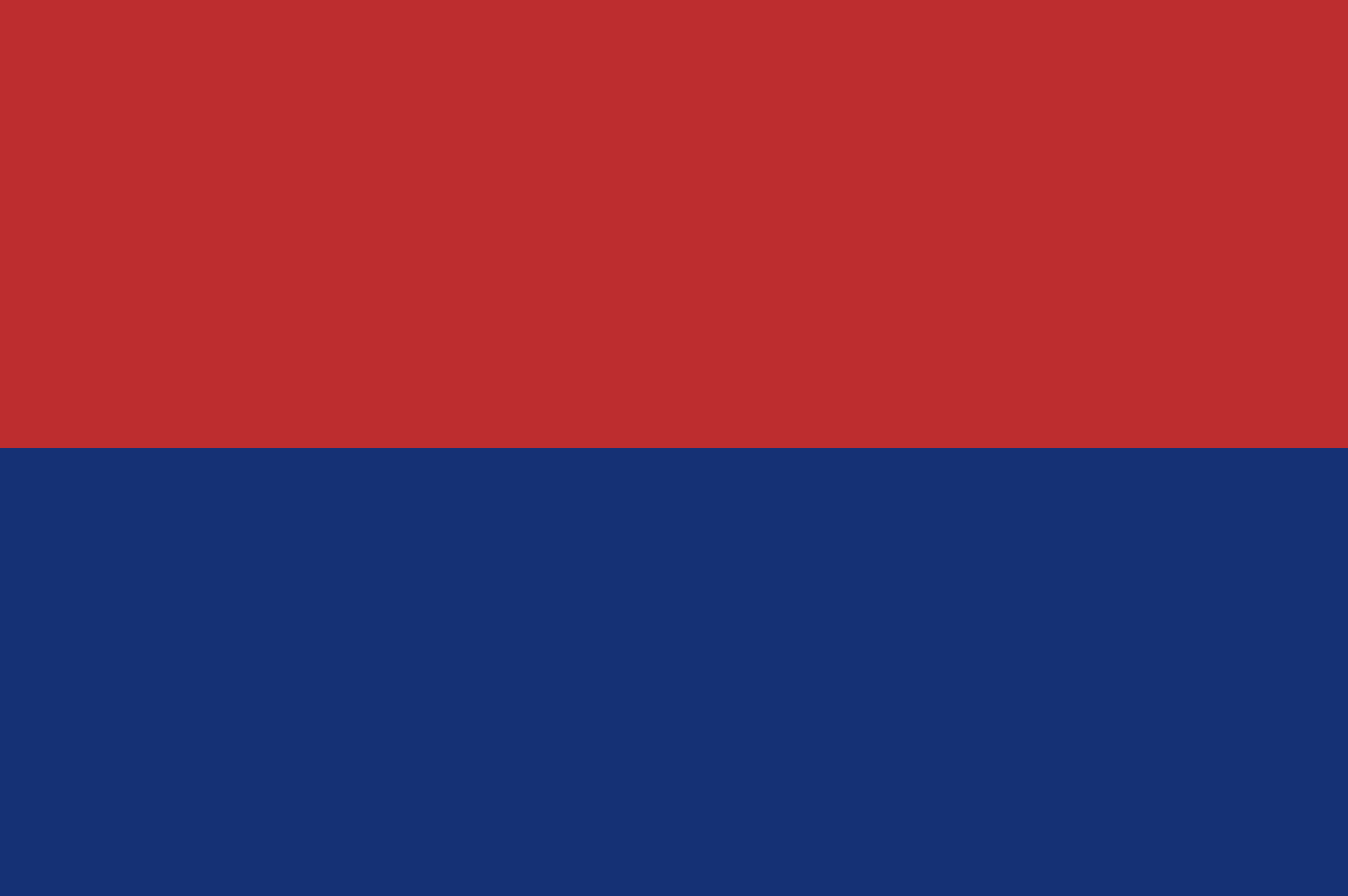 The Flag of Cartago | PC: Commons 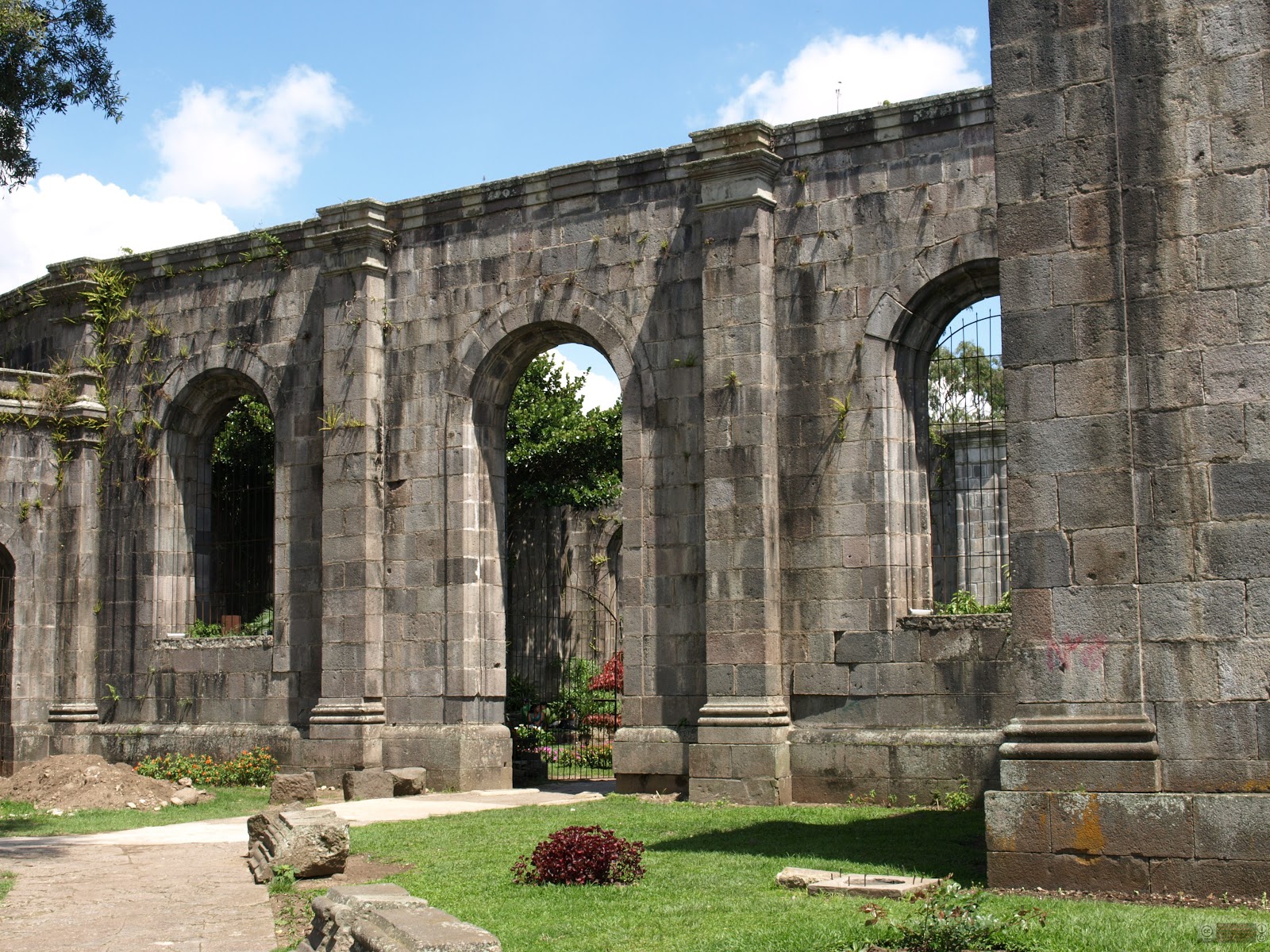 The ruins in Cartago | PC: Commons

At a Glance: Cartago is the site of Costa Rica’s old capital, the city of the same name. As the center of power in Costa Rica from 1574 to 1824, Cartago has some of the oldest traditional architecture in the country, which includes churches, homes, and colonial ruins.

Cartago borders San José to the west and Limón to the east, and has a wide variety of different ecosystems thanks to its significant diversity of elevation, which includes rainforest, lowland tropical forest, and cloud forest. 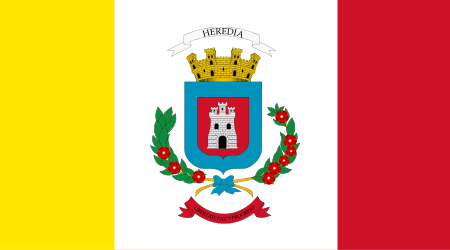 The Flag of Heredia | PC Commons 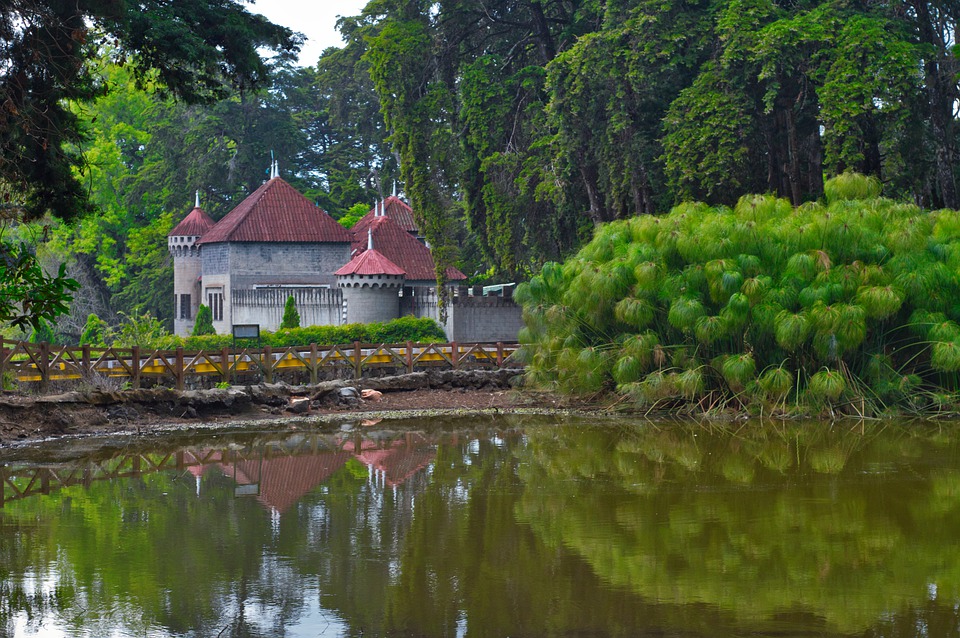 One of the old castles in Heredia, which is known as the City of Flowers | PC: Commons

At a Glance: Heredia is in the north-central region of the country, bordered on the east by Limón, on the west by Alajuela, on the south by San José, and on the north by Nicaragua. Due to its shape, Heredia cuts across the landscape of Costa Rica, ranging from the rolling grasslands at the north of the country down to capital of Heredia in the Central Valley.

Heredia is known as the “City of Flowers” due to the many gardens found throughout the town and its proximity to the mountainside rainforests, and also hosts la Universidad Nacional de Costa Rica. To the north, Heredia is also one of the country’s top banana-producing regions, with a number of plantations found close to the border of Nicaragua.

The flag of Limón | PC: Commons 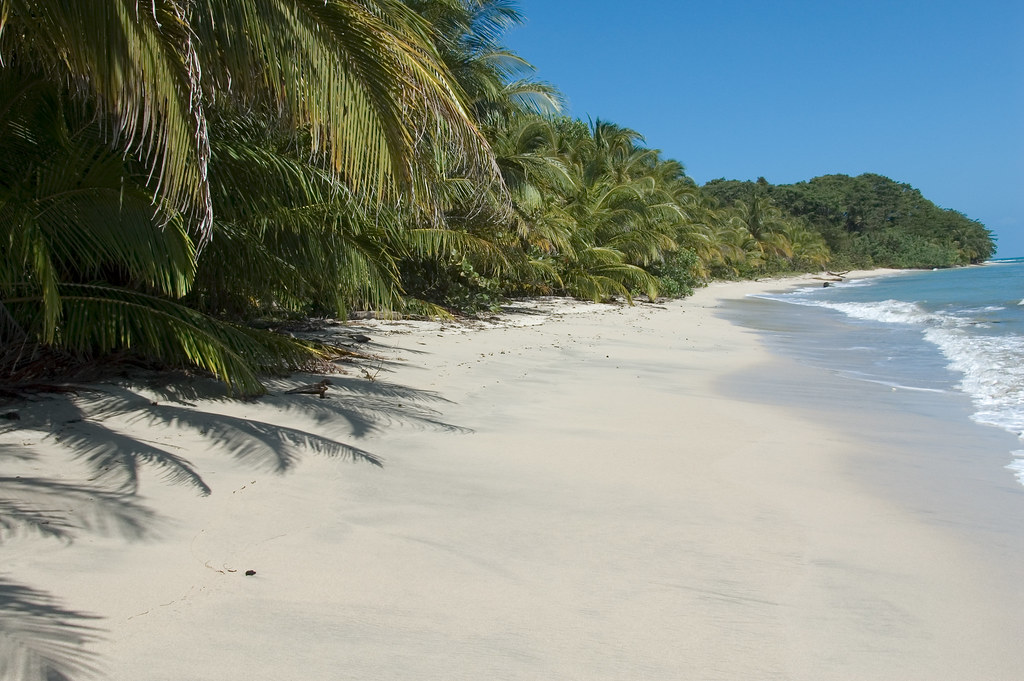 At a Glance: Limón covers the east coast of Costa Rica from north to south. As a result of its position on the Caribbean, Limón has a slightly different climate than the rest of the country (getting sunny during October when there’s rains in the rest of the country), and has a number of both aquatic and terrestrial creatures that can be found nowhere else in the country, like manatees. This environment is also ideal for the production of tropical fruits like coconut, pineapple, and bananas, which are grown and then shipped all around the world.

As the largest Caribbean port in the country, Limón has long been the center for much of the trade and shipping from Costa Rica to the Atlantic. This movement of goods also came with a movement of people, leading to a rich cultural and ethnic diversity. 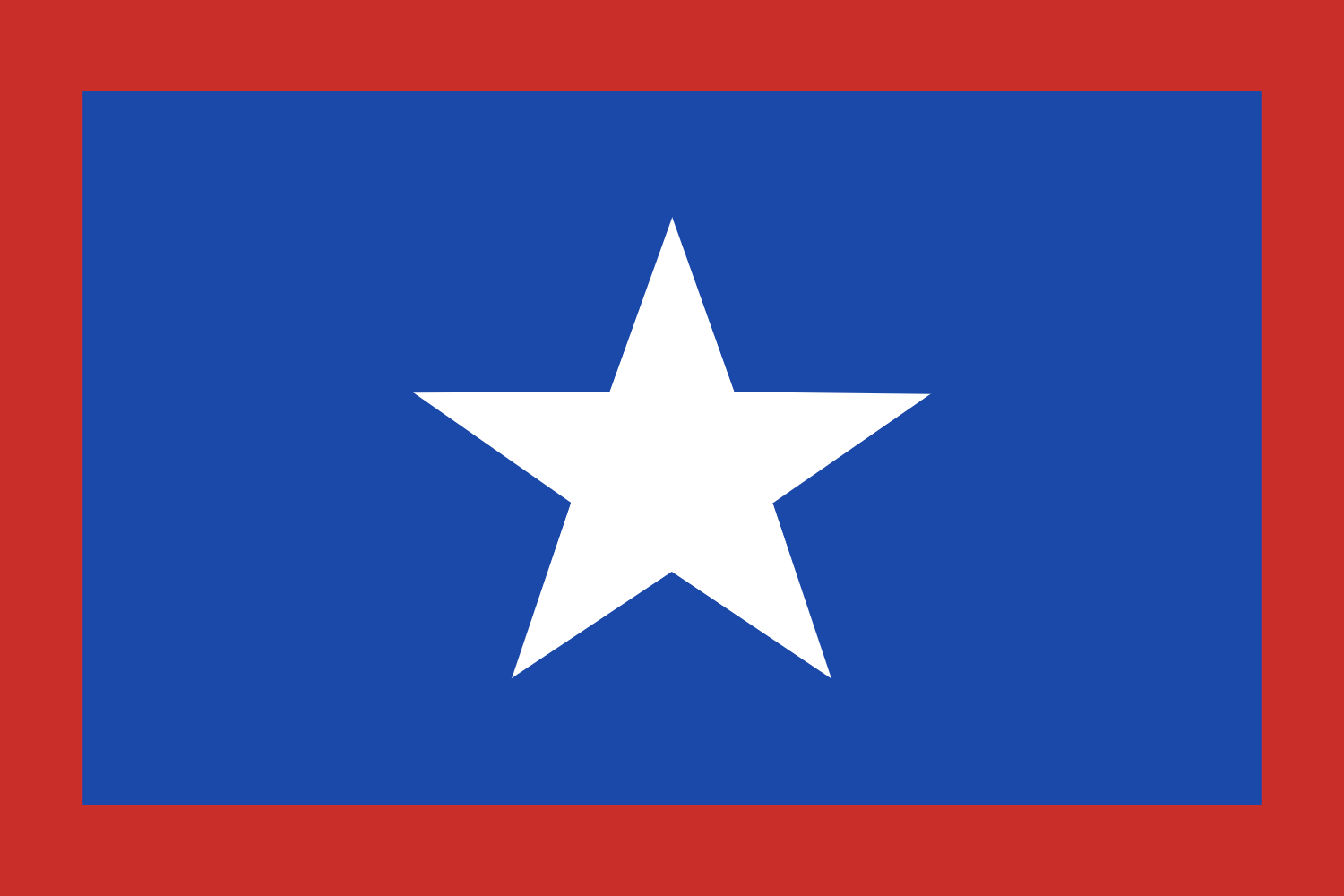 The streets of San José, overlooked by the Central Valley | PC: Commons

At a Glance: The capital of the country, San José sits squarely in the Central Valley and is the most urban of Costa Rica’s provinces. With a population of over 1 million and 20 cantons, San José and the surrounding GAM (General Area Metropolitana), feature a wide variety of industries like production and manufacturing, education, art and music, sports, the growth of artisan coffee, and more.

San José rose to prominence just after Costa Rican independence, becoming the capital of the country in 1824 and remaining as such until present day. As a result, San José is also the center of the Costa Rican government, and features many of Costa Rica’s historical buildings and monuments.

At a Glance: Puntarenas covers the southwest, central, and a bit of the north Pacific Coast of Costa Rica, stretching up from the border of Panama to the Golfo de Nicoya, and also includes some portions of the Nicoya Peninsula.

Puntarenas is notable both industrially and ecologically. As the home of Costa Rica’s main port on the west coast, it is a hub for shipping going in and out of the country, and also hosts a strong culture of artisan and commercial fishermen. Environmentally, Puntarenas is home to the Osa Peninsula, one of the world’s most biodiverse regions, and also comprises Isla del Coco, a world heritage site far offshore that is protected due to its unique aquatic and terrestrial life. Between Isla del Coco and the Osa Peninsula, it’s possible to encounter more than half of the species in Costa Rica, which include several endemic species of birds and fish. 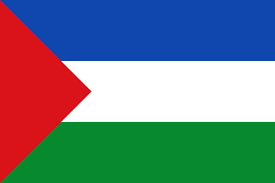 The flag of Guanacaste | PC: Commons 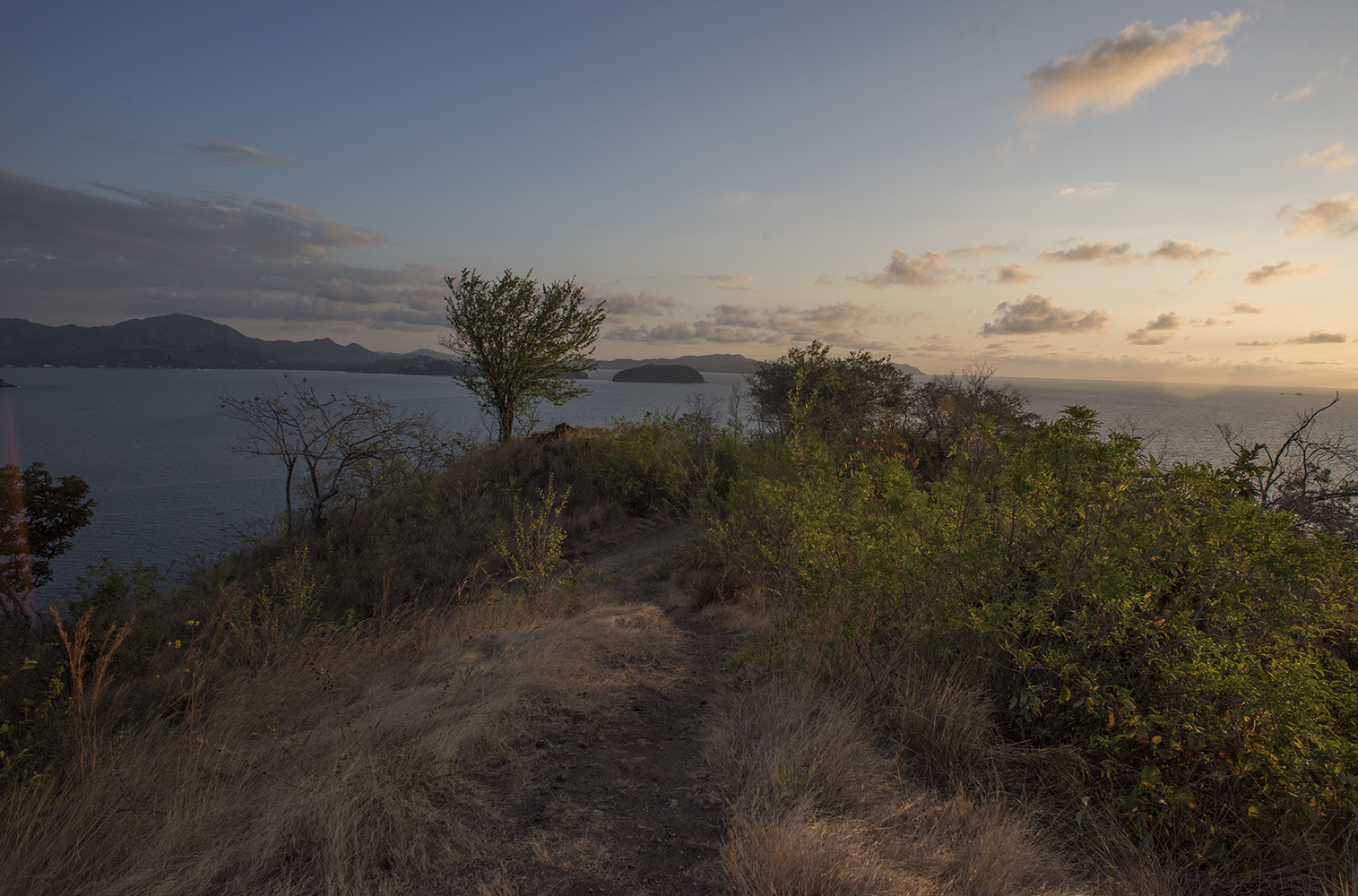 Guanacaste as seen from the trails in Las Catalinas

At a Glance: Guanacaste is the northwestern province of Costa Rica, which covers from the north Pacific Coast inland to the volcanic ranges on the border of Guanacaste and Alajuela. Due to its characteristic dry season Guanacaste has a primarily tropical dry forest ecosystem, which is found nowhere else in the country, and is a prominent tourist destination.

Guanacaste has a rich history of agricultural production that includes rice, sugar, and livestock, a vibrant surf culture, and is one of the country’s fastest growing regions for tourism, with visitors into Liberia International Airport growing year after year.

Each province in Costa Rica has a unique identity, but there are some factors that unite them. All feature Costa Rica’s pure way of life, a dedication to their national parks and environment, and a rich culture of interesting foods, art, and music.

If you’re planning a stay in Guanacaste, reach out to the Beach Town Travel team at Las Catalinas. They can provide transport and welcome you in style, then book experiences around town and beyond during your trip to this part of the country.