One of the most fun parts of coming to Costa Rica is getting the chance to learn some Spanish. Many ticos (Costa Ricans) are willing to help share their knowledge, and visitors often say that working together to learn a new language was one of the most fulfilling parts of their trip.

With that said, there is one phrase in español that every traveler should be well acquainted with before arrival: pura vida.

Pura vida is a greeting and a farewell; it can mean “I’m doing well” or “everything’s cool.” Pura vida can also be used to signal something like “oh well” or “so it goes.” It’s a wonderfully versatile exclamation that sits at the heart of Costa Rican life.

One expat writes that his best definition of pura vida is simply “nothing but life.” Other sources say it’s about the same as “hakuna matata.” However you choose to define this term, it means a lot to Costa Rica and its people.

Instead of searching for one concise definition, it’s more valuable to see pura vida from the perspective of how it feels. Pura vida helps to describe a cultural tendency in Costa Rica to value and enjoy the simplest things in life. It’s finding the beauty in the essentials, and living for those easygoing joys.

But Pura vida isn’t just a colloquialism that ticos like to use. It’s the official national motto, which says a lot about the priorities of the Costa Rican people, and just might be part of the reason that Costa Rica has one of the world's blue zones. Most accounts tie the Costa Rican origins of pura vida to the release of a Mexican film of the same name in 1956. That film featured a protagonist played by comedian Antonio “Clavillazo” Espino, who uses pura vida as his eternally optimistic catchphrase — a way to show he’s happy, even when nothing seems to go his way.

By the 1970s and 80s, pura vida had become shorthand for the sense of positivity and hospitality that had come to define the nation.

At the time, things were going great for Costa Rica, thanks to its peaceful political climate and stable, tourist-friendly economy. Over time the term strayed from being an expression of happiness in the face of hard luck into a catch-all way to describe good times.

For visitors, pura vida is a reminder of why Costa Rica is one of the happiest nations on Earth. It’s a linguistic touch that expresses the joy that people from all corners of the world feel when they step off the airplane. For anyone who has visited Costa Rica, pura vida connects you to vibrant memories of natural beauty and unique culture.

For ticos, pura vida is an especially important phrase because it reminds them of home no matter where they are. It also helps to identify fellow ticos anywhere in the world. It’s a bond among the community, a clarion call to prioritize the simple things in life. 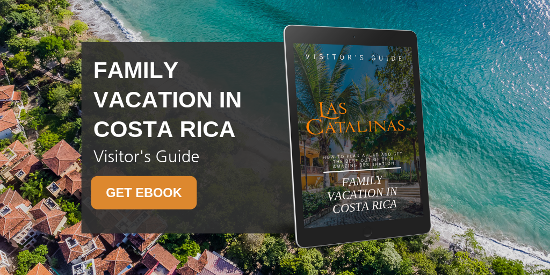 Desayuno Típico is the typical Costa Rican breakfast, a simple, healthy meal that can be found in sodas and homes around the country. Much like the casado, there are regional variations, but the ...